Belgium’s liberal MEP and former Prime Minister Guy Verhofstadt will be the European Parliament’s lead Brexit negotiator. Open Europe’s Vincenzo Scarpetta looks at what this appointment could mean for the upcoming UK-EU talks.

Guy Verhofstadt – a liberal MEP and a former Belgian Prime Minister – will be the European Parliament’s lead negotiator in the upcoming exit talks between the UK and the EU.

Similar to what happened with the appointment of Michel Barnier as the European Commission’s top negotiator, the news will likely trigger a few concerned headlines in the British press.

To what extent would they be justified?

Before taking a quick glance at Verhofstadt’s (widely known) personal views on Europe, a more fundamental point has to be made. MEPs will need to give their ‘consent’ to the UK-EU withdrawal agreement – that is, they can approve or reject the deal but not amend it. However, the European Parliament is unlikely to take central stage in the upcoming talks. The bulk of the negotiations will inevitably take place among national governments, not least because they will want to retain a close oversight on the whole process.

As we noted with regard to Barnier, the European Commission is going to be heavily involved – albeit under a specific mandate from member states. Efforts will likely be made to also keep the European Parliament as involved as possible, but the fundamental decisions will ultimately be taken in national capitals. MEPs could of course decide to reject the UK-EU withdrawal agreement, but, as we have stressed before with regard to the European Parliament’s role, for it to rebuke a deal struck by all member states would be unprecedented.

This in itself suggests the importance of Verhofstadt’s appointment should not be overstated.

A die-hard EU federalist, but not necessarily anti-British

That being said, on a personal level Verhofstadt could be a pretty tough nut to crack. A die-hard European federalist, he generally comes across as less pragmatic than Barnier. I would expect Verhofstadt to be particularly intransigent when it comes to splitting the EU’s so-called ‘four freedoms’ – that is, the free movement of goods, services, capital and people.

He said at the end of July,

The European Parliament will never agree to a deal that de facto ends the free movement of people for a decade, while giving away an extra rebate in exchange for all the advantages of the internal market. What would stop other countries from asking the same exceptional status?

However, it would be a bit unfair to label Verhofstadt ‘anti-British’ – not least since, in the mid-1980s, he used to be nicknamed ‘Baby Thatcher’ for his free-market views. Furthermore, Verhofstadt spoke out in favour of introducing ‘associate membership’ of the EU way before the UK’s referendum – and essentially criticised EU leaders for lacking the courage to undertake major treaty changes.

Those European countries who think the full membership is not their cup of tea, can apply for the second type: associate membership […] It is clean. It is neat. Everybody will know where they stand. No more complaints about unfair treatment, rebates or historical opt-outs. This means that the real crux of the matter is not how to clean up the European mud pool, but whether politicians everywhere in Europe can handle this kind of clear choice.

To sum up: Verhofstadt is likely to take a tough stance in the Brexit talks. However, that is down to him being a staunch federalist rather than a vehement anti-British. How intransigent this is going to make him when it comes to the scope and depth of the UK-EU agreement remains to be seen.

One final point is worth bearing in mind. Unsurprisingly, Verhofstadt used the Brexit vote to demand more EU integration. Soon after the UK’s referendum, he said during a debate in the European Parliament,

European citizens are not against Europe, they are against this Europe. A Europe that has become an expert in making legislation on the exact measures and colours of a pack of cigarettes, on the amount of water toilets flush or on the level of subsidies football club may receive from their local government […] Today, we are sleepwalking towards a disaster, towards another 27 referenda ending the EU. So, let’s not be naive. A loose confederation of nation states based on the unanimity rule will never be able to deliver decisive results. A reform of the Union is needed and we need it now. The Union must change, or it will die.

Leaving the UK aside for a moment, it is clear that Verhofstadt’s views on the need to respond to Brexit with ‘more Europe’, no matter what, do not quite reflect what a number of senior politicians across EU member states have said in the aftermath of the Brexit vote – from German Finance Minister Wolfgang Schäuble to Eurogroup Chairman Jeroen Dijsselbloem, from Hungarian Prime Minister Viktor Orbán to Polish conservative leader Jaroslaw Kaczynski.

Overall, it would be a stretch to describe this appointment as good news for the UK. However, given the more limited role of the European Parliament, its impact on the upcoming Brexit talks should not be overstated. Furthermore, to the extent that Verhofstadt may cause problems for the UK, he may also cause problems for other member states – both in terms of where the EU goes from here and in how pragmatically he would approach the negotiations with Britain on issues where he has hard-line ideological stances. 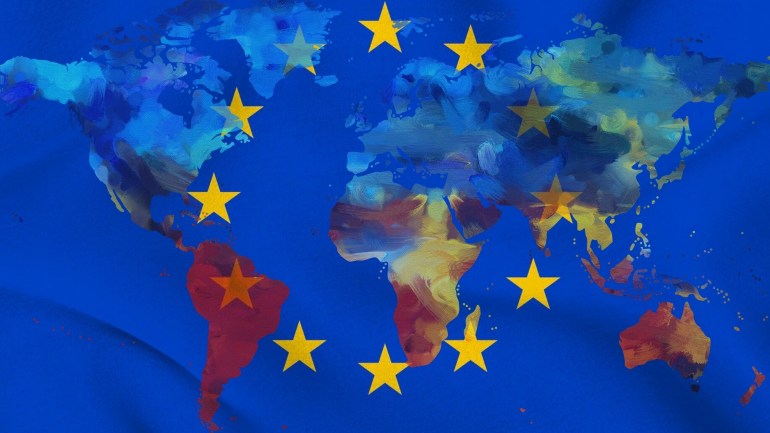