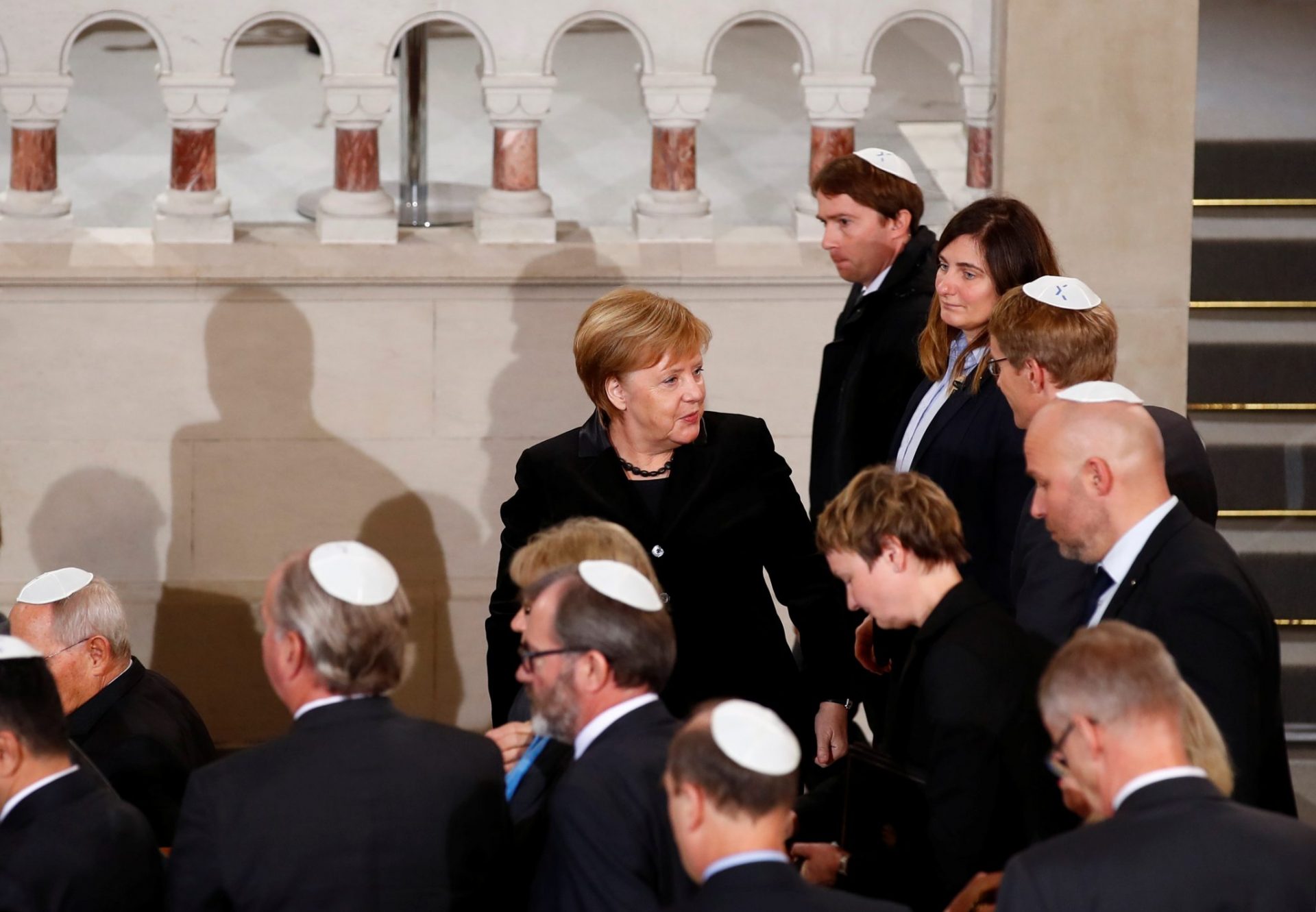 An infamous attack on Jews in Germany which occurred 80 years ago this week are known as Kristallnacht – the night of broken glass – and remains an important symbol of Nazi depravity and intolerance.In November, 1938, German citizens and paramilitary organizations committed a country-wide ransacking of any and all Jewish businesses and homes. In one of the most untamed, widespread acts of mob violence in modern history, they burnt down, vandalized Jewish homes, schools and businesses and killed about 100 Jews.

The main perpetrators were the Sturmabteilung, Hitler’s private civilian organization who nominally served as “security” for National Socialist party meetings. In reality, the militia were the extra-governmental muscle of the Nazi party. Alongside them were civilians of no particular uniform.

The German military and police forces observed the chaos and slaughter passively with no intention to intervene.

Jewish houses of worship were specific targets. Arson fires were only extinguished by the fire department if their infernos threatened nearby, non-Jewish residence.

The Jews were left to fend for themselves in streets and plazas running-over with rioters.

By the end of the lynching, heaps of broken, jagged glass lined the streets of Jewish neighborhoods and business districts. Nazis had systematically smashed out the windows of synagogues, apartment complexes, and storefronts. Their occupants had been either killed, detained, or forced to flee the area.

Some citizens were seeking to physically harm the Jews after years of programs pushing anti-Semitism in Germany. Others, driven by the same hatred, contented themselves to just destroying their property and driving them out of the city. Still others, frenzied by the riots, simply followed the crowd. The police did not forego action due to fear or lack of resources. Their orders from the German government, dominated by Hitler, were clear: “demonstrations in progress should not be prevented by the police but only supervised..”

This was not a random act of mob violence. Kristallnacht was a tactical exercise in state-sanctioned, lawless persecution. The rubber band of racial hatred had been pulled tighter and tighter over half a decade since Hitler and the Nazi rose to power – and when it snapped, its force tore apart major cities across the German nation.

However, atrocities and wide-spread racial hatred do not fall on a population overnight. Perhaps the most poignant lesson of Kristallnacht is not only found in the crimes of November 9th and 10th, but in the steady, focused progression that led to such an atrocity.

One could point to April 1, 1933 as the beginning of Germany’s swift decent into the mob-mentality that would boil over into the Kristallnacht and the further erosion of German democracy 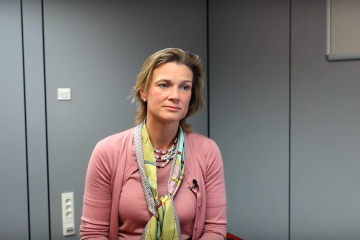 Ravija Harjai
Israel, Monday Talks
As Part of our Monday Talks series, we have conducted an interview with Katharina Von Schnurbein, European Coordinator on Combating Antisemitism, to discuss the rise of Antisemitism in Europe and the Eu… Be More Curious…

Adolf Hitler, fresh from his election as German Chancellor, called for the boycotting of Jewish businesses and employment. He roundly fired Jews from government positions, and prohibited their employment in such offices in the future. Soon the German government led mass burnings of books by Jewish authors. Two years later, on May 31st, 1935, Jews were prohibited from entering a variety of public areas, even private businesses. Examples of area forbidden to Jews included cinemas and theaters.

On September 15th, the Nuremburg Laws were passed by the German parliament or Riechstag.

Firstly, the Reich Flag Law established red, black, and white as the national colors of the German nation. The Swastika was officially adopted as the new symbol of the country. Hitler insisted that these new adoptions were to give thanks to the National Socialist Party for their role in the revival of Germany after World War I.

Secondly, the Citizenship Law completely and suddenly overhauled the definition of German citizenship. Regardless of prior citizenship status, German citizens would now be defined by their German blood. All other residents of the country, specifically Jews, were stripped of their citizenship, and dubbed subjects of the state.

Thirdly, the Law for the Defense of German Blood and Honor forbade intermarriage between those designated as Germans and members of the Jewish population under the rule of the state. Any and all previous marriages that violated this law were rendered void.

The Nuremberg Laws, for the next three years, served as the final word on the Jewish communities’ place in Germany – unwanted and unprotected.

In 1938, the year of the Kristallnacht, the harsh sanctions and restrictions of the past five years suddenly exploded into an even more aggressive campaign.

That June, it was officially signed into law that Jews were forbidden from owning or operating businesses. Jewish families were also stripped of property rights. Two months later, in August, Jews were forced to take on an extra name. Men inherited the name of “Israel,” women inherited “Sarah.”

Finally, in October, just one month before the Kristallnacht, all Jewish passports were denoted with a letter “J” as a means of quick identification. Jews of Polish descent were hunted down and deported without exception.

What Sparked the Massacres?

In a tiny, sheltered Jewish ghetto in Paris, France, a troubled teenage boy was finally pushed to the breaking point. These deportations proved to be the final straw.

Herschel Grynszpan was a German-born Jew of Polish descent living in Paris while hoping to become a legal resident of France. Without the residency, he could not work or study. Instead, he spent his days and nights wandering the city, reciting poetry, and, going to the cinema. By all accounts, Herschel seemed to be an easy-going and subdued bohemian teenager.

Underneath this façade, however, the young man was wrestling with powerful, soul-crushing dread.

According to those who knew him, Herschel was welling up an internal fountain of despair and anger he could not control. He cried openly when pushed to talk about the treatment of Jews across the world. He wept when he was forced to think of his family in Germany, whom he loved dearly.

He was coming apart.

On November 3rd, Herschel received a cheap postcard at his uncle’s house, mailed from the Polish border. It was written by his German family. The message was brief. “No one told us what was up, but we realized this was going to be the end … We haven’t a penny. Could you send us something?”

His parents, Sendal and Riva Grynszpan, had been rounded up for deportation along with the rest of their extended family. They had not been allowed to keep any of their possessions or finances.

After his uncle refused to send money to his family, Herschel took a day’s wage, rented a cheap hotel room and bought a 6.35 mm handgun.

The next day, Herschel walked into the German embassy in Paris and asked to talk to the senior-most official available. He claimed to be an informant, and told the secretary that he had a document of utmost-importance to turn over.

Ernst vom Rath, a German diplomat, brought Herschel into his office and asked to see the document. Herschel pulled out his gun, fired repeatedly into vom Rath’s chest and abdomen while cursing him. He made no attempt to escape. Herschel waited patiently for the authorities to arrive and showed no resistance, even identifying himself upon request.

On his person, the authorities found a cheap postcard like that which was sent to him earlier in the week. It was addressed to his German family.

“May God forgive me … I must protest so that the whole world hears my protest, and that I will do.”

For Hitler’s inner-circle, this political murder was not a tragedy. Nor was it a wake-up call, a poignant protest, or even an outrage. It was a golden opportunity.

Word spread immediately amongst the upper-ranks, down to the grunts, and finally into the population. The government will not stop any violence or destruction aimed at Jews tonight.

“Because of the assassination of Legation Secretary vom Rath in Paris, demonstrations throughout the Reich are to be expected tonight — November 9 to 10, 1938,” said a telegram sent by Reinhard Heydrich, Major General of the SS forces.

“As soon as the course of events during this night allows the assigned police officers to be used for this purpose, as many Jews—particularly affluent Jews—are to be arrested in all districts as can be accommodated in existing detention facilities. For the time being, only healthy male Jews, whose age is not too advanced, are to be arrested. Immediately after the arrests have been carried out, the appropriate concentration camps should be contacted to place the Jews into camps as quickly as possible.”

Kristallnacht, and the gruelling descent into madness it was begotten of, are a grim window of human history.

Most poignantly, it reminds us that mass-violence and civic dehumanization are not overnight occurrences. A population can be trained to hate and destroy of their own volition.

From 1933 to 1938, German citizens were mentally, physically, and morally shaped to be capable of a nation-wide lynching.

Close to 100 Jews were killed over the course of Kristallnacht. Soon after approximately 30,000 were rounded up for transport to concentration camps.

The Korean Crisis: Give Peace a Chance Through Economy