Following the NATO Summit (July 11-12) and the Trump-Putin Summit in Helsinki (July 16), we discussed with Mr Vimont, who is former Executive Secretary General of the European External Action Service and a Senior Fellow at Carnegie Europe, about the two events, and the future of the transatlantic relations.

During the interview, Mr Vimont shared his vision on different issues, including the NATO’s Brussels Declaration, the impact of the Helsinki Summit on the European Union’s relationship with the United States, and the role that the Union could play within the international order. Here are some excerpts from the interview:

Vocal Europe: What is your assessment on the Trump-Putin Summit? Was it a missed opportunity to address international strategic issues such as Ukraine, the Arms Control Regime, the Iranian deal, cooperation in Syria or other contentious issues, or was it a success? 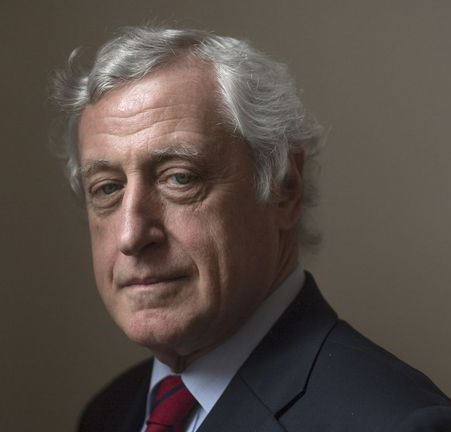 Pierre  Vimont: (…) As in Singapore, in Helsinki the purpose was to feel that there was a good atmosphere between the two men, to decide on an agenda, and then to let their officials work on these and to meet maybe again when necessary. This, I think was the main purpose of that summit.

What changed, to some extent the whole vision and the whole narrative about the summit was not the summit itself but the press conference that took place afterwards, which in the end did not discuss much of the issues you related to, be it Syria, the nuclear deal with Iran, or other issues: Ukraine, for instance. It was mostly focused on Russian interference with American domestic politics and, of course, the presidential campaign of 2016. This, at the end of the day, was really what was the whole issue about, the controversy that came out afterwards and which to some extent left aside all the important foreign policy issues.

Vocal Europe: The official Declaration of NATO, released after the Brussels Summit, is very critical towards Russia, as it holds Moscow responsible for “challenging Euro-Atlantic security and stability through hybrid actions”. However, the Helsinki Summit was held only few days after the NATO meeting and President Trump did not address any of these controversial Russian actions. How can this be interpreted, as far as the conclusions expressed in the Brussels Declaration are concerned?

Pierre Vimont: The NATO Summit was very well prepared in advance by officials who prepare a draft communiqué. They discuss every word of that communiqué and usually that communiqué is ready even before the leaders arrive. They just endorse formally a text that has been discussed, negotiated, prepared for a few weeks.

This was not the case with the Helsinki Summit, where there was no communiqué. And where mostly the two men met in a very informal way, without their officials, and with the intention once again of getting a good feeling about how they could work together. (…). Where you are right, is that the mood as it transpired through the press conference seemed much more friendly than the NATO communiqué, that’s true.

Vocal Europe: What about the policy outcomes? The worst was avoided at this summit. But the damage to the values that hold the EU-US alliance is considered significant, especially if linked to the last week’s declaration of President Trump, saying that the EU is a “foe” on trade, and bashing European allies for not spending enough on defence. Which future do you see for the transatlantic alliance? What can both partners do in order to preserve it?

Pierre Vimont: I would say personally that where the damage was really done was at the NATO Summit, not as much as at the Helsinki Summit (…) not for the statement itself, the communiqué, which was all very much in line. But for what all the different statements made in the margins made by President Trump: the assessments that to some extent European were more of a “foe” to the United States, that it was more difficult to discuss with them than it would be to discuss with President Putin, that Germany was a prisoner of Russia because of its gas import, so on and so forth. And you could add what was said also in London, where President Trump was very critical of Mrs May negotiation on the Brexit issue with the EU.

All this gives the impression that once again, we had an American president that was no friend to the EU. We used to say that in fact what is the novelty with President Trump is the fact that he treats his allies and his foes in the same way. To some extent, after the NATO Summit and the Helsinki Summit, it looks even worst. It’s that to some extent, he treats more badly his friends than his foes and that the real enemy for him seems to be the European Union.

(…) We are facing a very strange situation because if you look back at the history of the European Union, the way it was build up since the 1950s, it was always the United States, which supported all these efforts towards more European integration (…) And now, you have an American president who acts as someone who seems to be an enemy, an open enemy of the European Union. So that’s the real difference, and this is where Europeans feel somewhat uncomfortable, to say the least, with this situation.

(…) What should we conclude with regard to the transatlantic relationship? I think one should make a distinction between what relates to NATO (the military organisation) which, I think, has shown its great resilience even last week with its Summit: the work is going on, the allies are making efforts, reassurance have been given, the Europeans are going to increase the military expenditure, reinforcement of our military capabilities at the borders with Russia and the Baltic in Poland, and elsewhere is very much there.

I think this, seems to be going on well. With regard to the transatlantic partnership as such, the issue about values, do we share the same values? Do we have the same goals? Are we looking at the same perspectives? There, there may be question marks and this where we need, I think, to go and dig deeper and try to understand in a better way what is this all about.

Vocal Europe: As you mentioned Eastern Europe, on the one hand the Brussels Declaration reaffirmed NATO’s “commitment to safeguard the freedom and security of all allies” and stated that there can be no return to “business as usual” until Russia complies with international law. On the other hand, the US President has adopted a more lenient position towards Putin and Russia. In this context, are there reasons for the EU, and especially for the Eastern European countries (such as Poland or the Baltic States) to feel concern about US future decisions regarding Russia? Especially in the light of Trump’s recent declaration that suggests that he would be unhappy to defend Montenegro if it were attacked.

Pierre Vimont: To some extent, and once again, this is not entirely new. You remember this special summit that took place last year, here in Brussels, with all NATO leaders being there, everybody expecting President Trump to endorse once again what is called the Article 5 of the NATO Agreement, namely the collective defence guarantee, and he didn’t say a word about this.

So afterwards, his advisors, the Defence Secretary, all came out saying “well, he forgot, but don’t you worry, Article 5 is there and will remain there, it’s the cornerstone of the transatlantic partnership”. And to hear once again, one year later, President Trump seemingly questioning the whole Article 5 and the collective defence guarantee with regard to Montenegro, once again, brings about some puzzlement and some concern about European allies.

As a growing concern appears with the American capacity and willingness to stay in line with its allies and to guarantee their collective defence, as question marks are appearing on that side of the equation, you have the sense that more should be done between the Europeans, on the other side as a more autonomous capacity in terms of security and defence (…) for a lot of members of the European Union, the might, the important of American power, in terms of military power is so important, and still so necessary to guarantee our security that it’s very difficult to move from one system where you have the American security guarantee to another system where you’re relying entirely on European security guarantee.

You need both. And I think this is what you’re going to see more and more in the months and years ahead (…) Europeans will try to play with both (…) sides of this Atlantic security problem, which is a system where you need to be able to rely on both the American security and the new nascent European will and capacity to offer also some security there.

Pierre Vimont: I think when you are talking about international order; you have to think of two different things. One is about security and defence and there, you don’t have a really full-fledge international security order, you have the UN system which is playing through peace-keeping forces which need the consensus of all of them. You have some military alliance like NATO or alliance between other groups of countries. But you don’t have a full-fledge international consensus on the security order.

And there, Europeans can certainly play a role in trying to bring more stability in that international order. But you need to accept the fact that we are still on very shaky ground and it’s still a system that doesn’t have all the necessary stability. And then you have the economic international order, WTO, trade, finance, the G7, the G20 and many different agencies. And there, you have a more coherent international order that has adapted rules that have been applied by everyone. They don’t respect all always those rules, but you have the possibility for recourse to a legal system, to judges inside the WTO or other agencies.

There what we’re witnessing is also an economic international order that is under great pressure because this order has created a lot of inequalities, a lot of injustice, and tensions are growing there between nations (…)

And there I think Europe has a responsibility to play there. Will it live up to expectations there? And will it be able to do something, to come up with proposals? Very difficult to say, we are only at the beginning of this. But it’s definitely Europe who could take the lead there for one simple reason: it’s precisely because the American leadership has somewhat disappeared at the moment and is not there anymore.