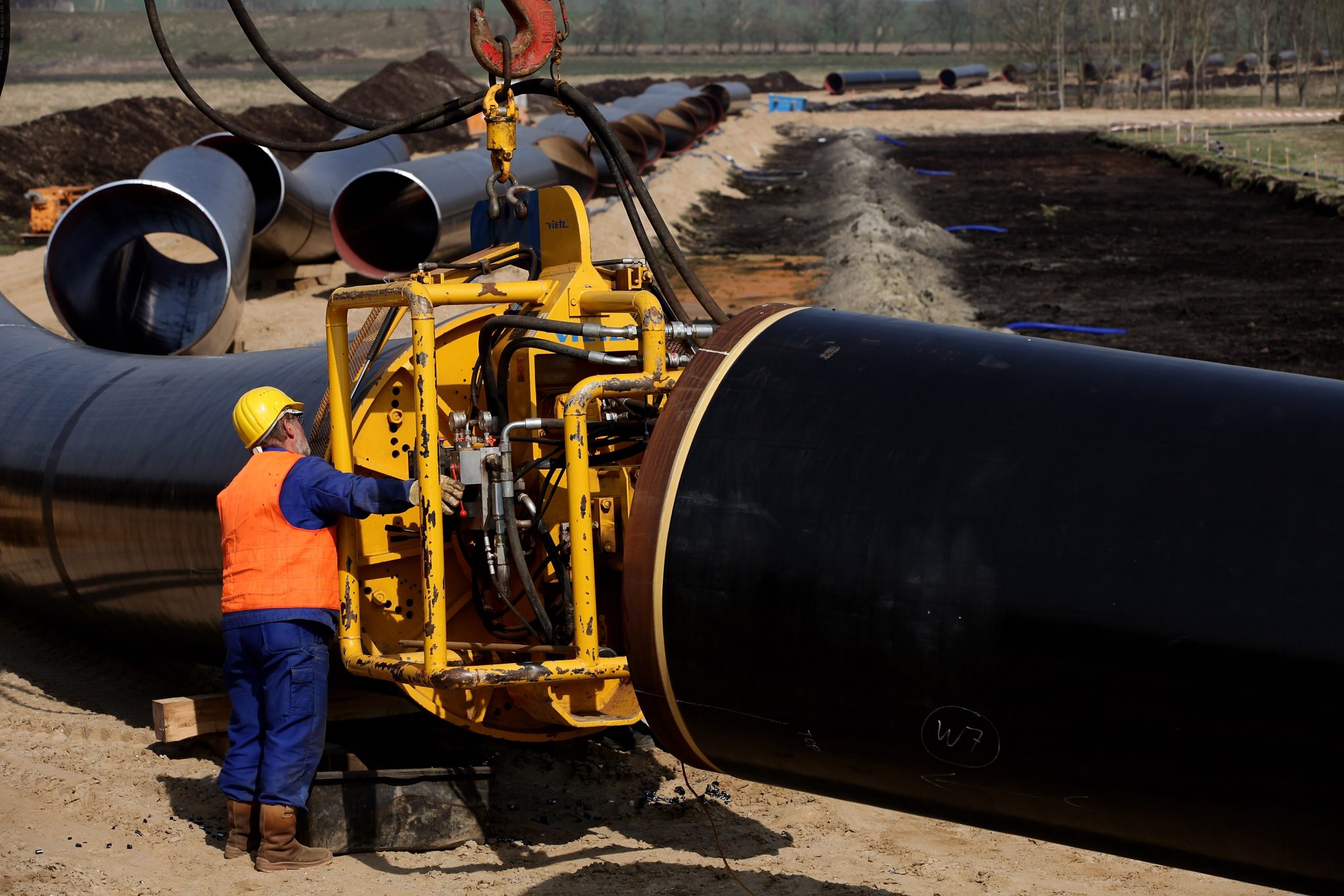 LUBMIN, GERMANY – APRIL 08: A worker prepares sections of pipe before they are welded together and buried underground as part of the OPAL pipeline on April 8, 2010 near Lubmin, Germany. The OPAL and NEL pipelines will carry natural gas from Russia arriving through the Nord Stream pipeline from the Baltic Sea across Germany and to other countries in Europe. The Nord Stream project delivers Russian natural gas directly to western Europe and avoids countries in between, such as Poland and Ukraine. (Photo by Sean Gallup/Getty Images)