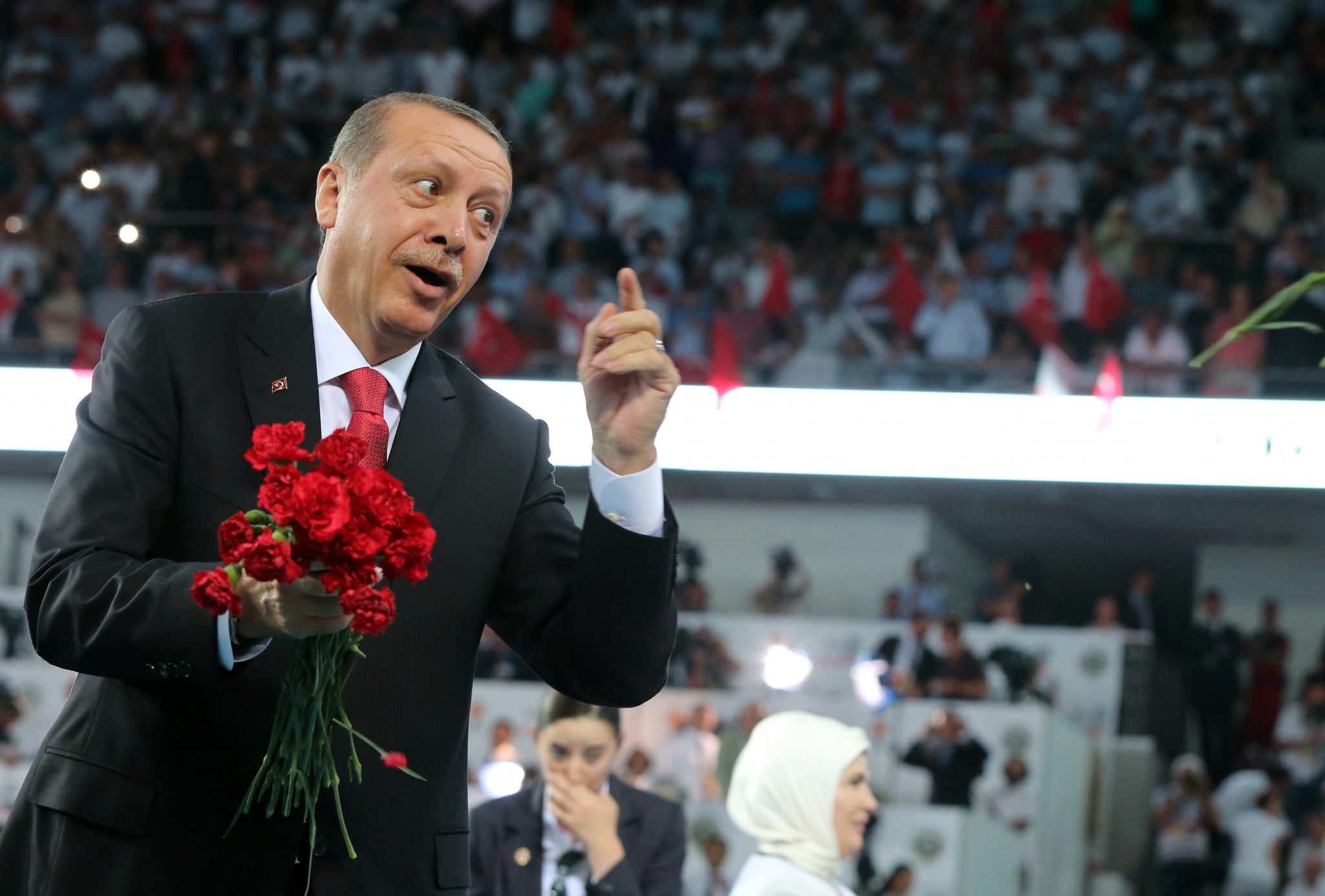 epa04370911 Turkish President- elect Recep Tayyip Erdogan (R) throws flowers to his supporters during a congress of Turkey’s ruling Party AKP for the election of a new new Prime Minister in Ankara, Turkey, 27 August 2014. Foreign Minister Ahmet Davutoglu is the new party chairman of Turkey’s ruling Justice and Development Party (AKP) after a vote at a special conference, clearing his way to take over as prime minister. The AKP chose Davutoglu – the sole candidate, and regarded as a follower of Prime Minister and president-elect Recep Tayyip Erdogan – by an overwhelming majority. EPA/RASIT AYDOGAN / POOL