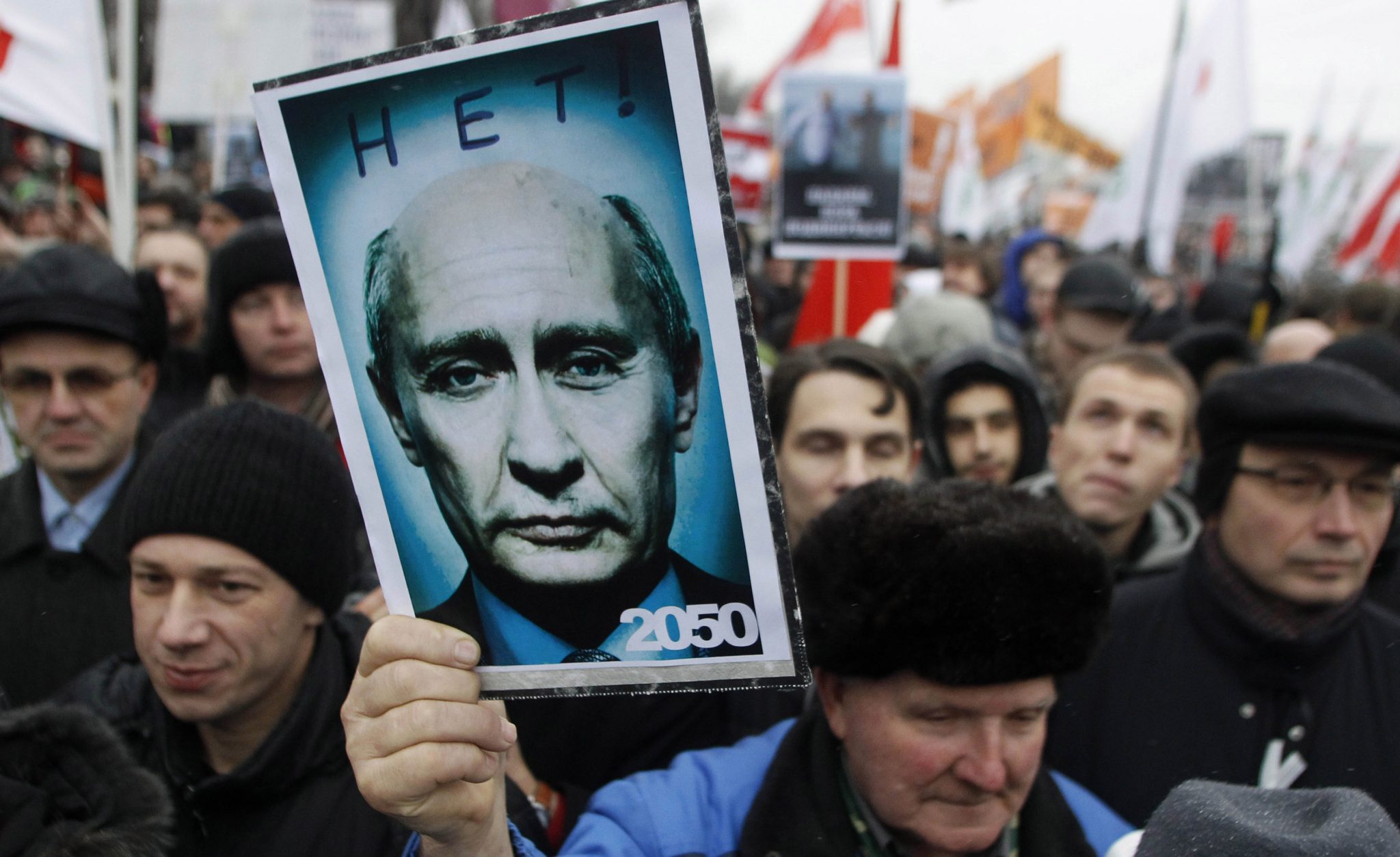 A demonstrator holds a poster showing a manipulated photograph of Russian Prime Minister Vladimir Putin and bearing the words, “No! 2050” during a mass rally to protest against alleged vote rigging in Russia’s parliamentary elections in Moscow, Russia, Saturday, Dec. 10, 2011. Tens of thousands of people held the largest anti-government protests that post-Soviet Russia has ever seen on Saturday to criticize electoral fraud and demand an end to Vladimir Putin’s rule. (AP Photo/Mikhail Metzel)