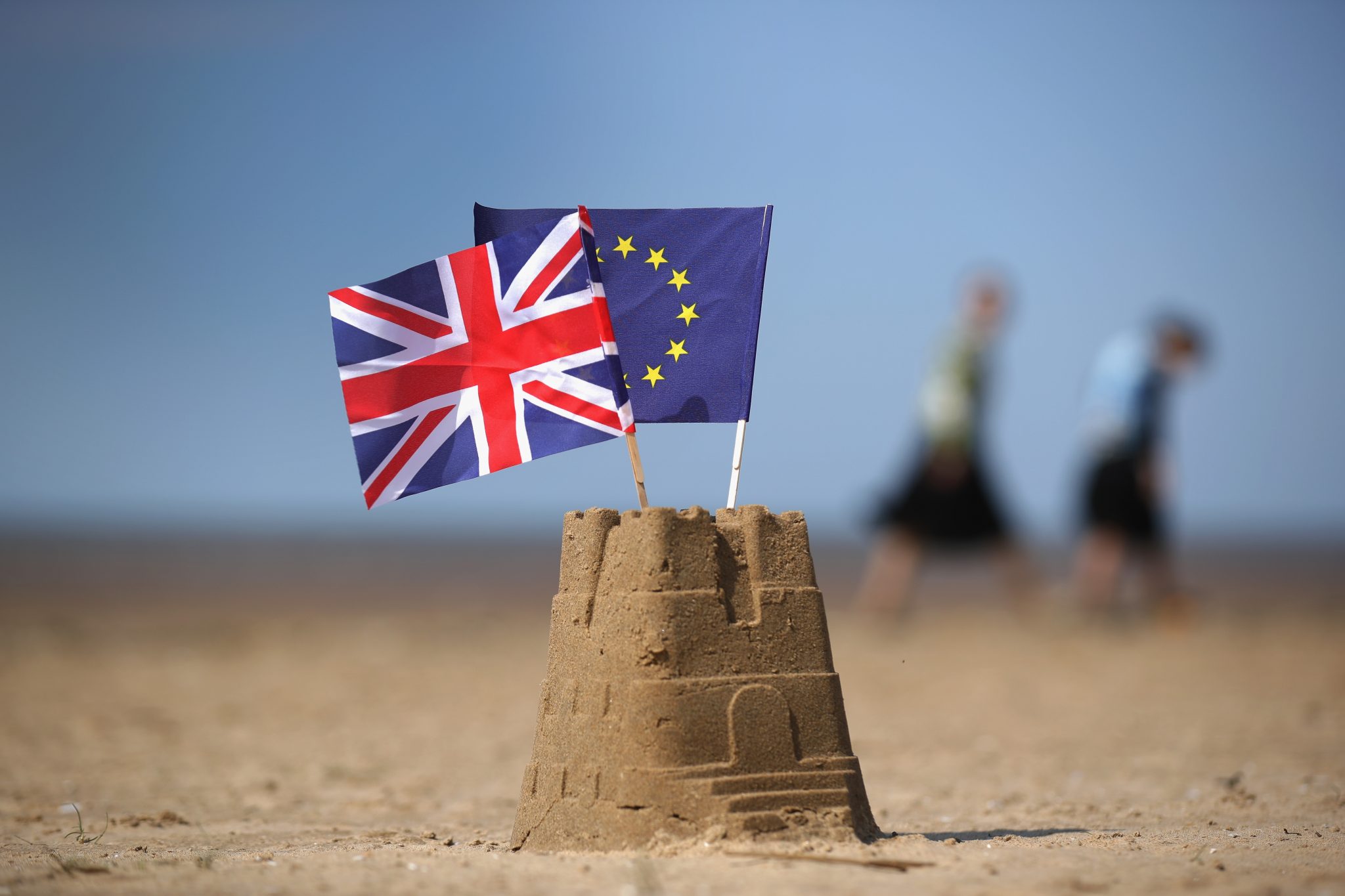 SOUTHPORT, UNITED KINGDOM – MAY 09: In this photo illustration the flag of the European Union and the Union flag sit on top of a sand castle on a beach on May 09, 2016 in Southport, United Kingdom. The United Kingdom will hold a referendum on June 23, 2016 to decide whether or not to remain a member of the European Union (EU), an economic and political partnership involving 28 European countries which allows members to trade together in a single market and free movement across it’s borders for cirtizens. (Photo by illustration by Christopher Furlong/Getty Images)