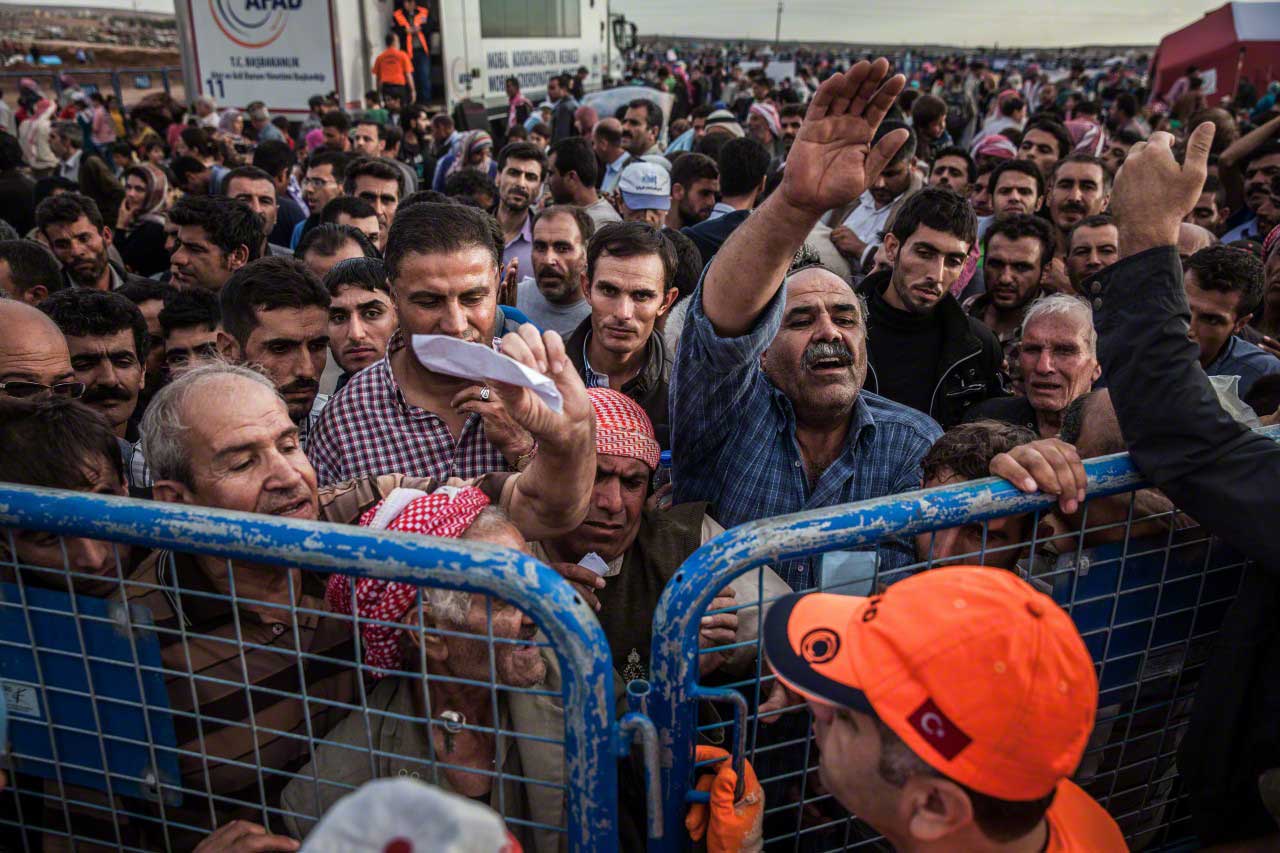 29 Sep 2014, Kobane, Kobanê Canton, Syria — Hundreds of Syrian Kurdish refugees waited to be allowed to enter Turkey, Monday, after Islamic State forces stepped up their bombardment of the city of Kobane. Forces from the Islamic State continued to push towards the city of Kobane/Ayn al-Arab, Monday, shelling the city from the east and south west with heavy weapons as YPG forces attempted to hold their advance on all fronts. — Image by © Bryan Denton/Corbis