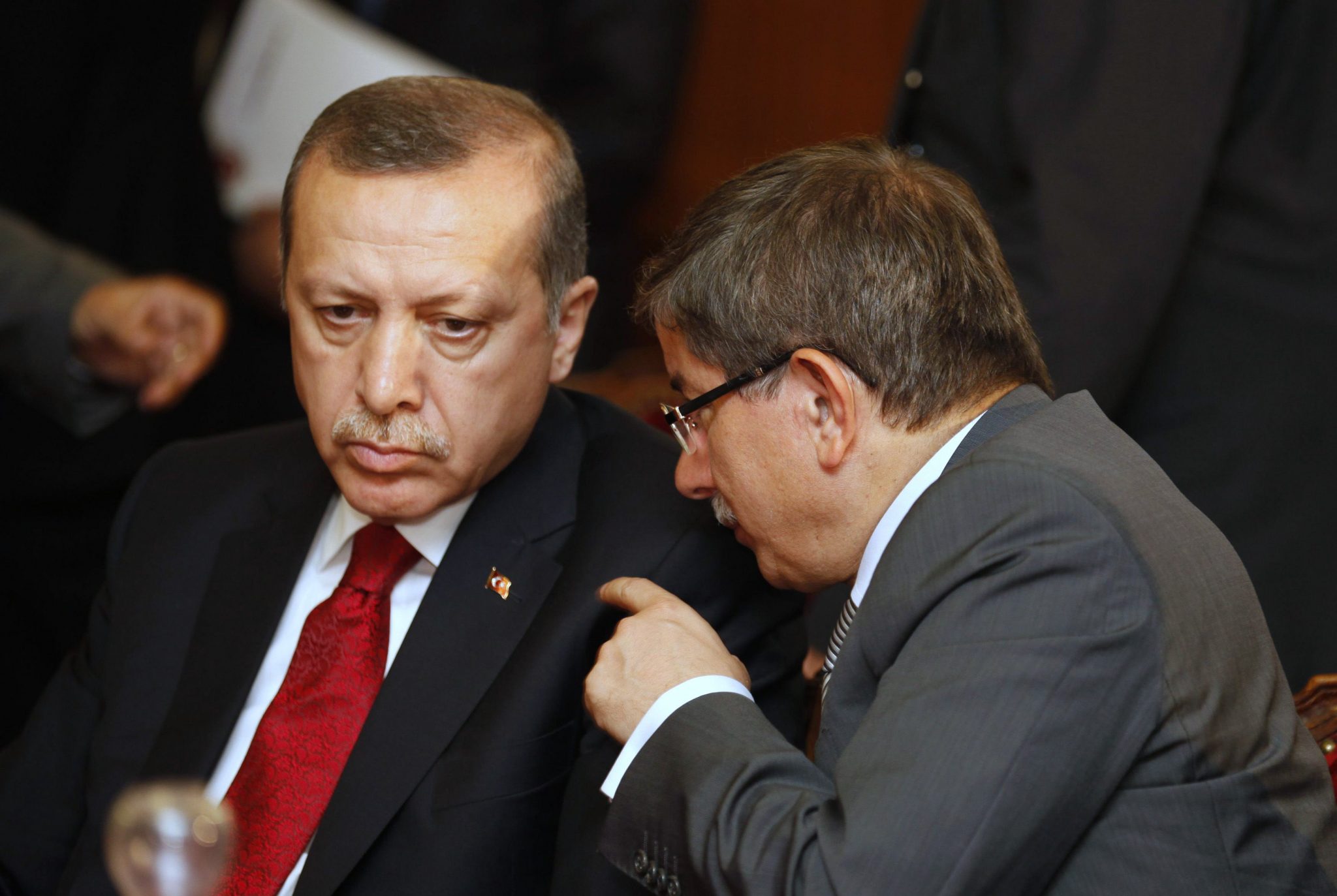 Turkey’s Foreign Minister Ahmet Davutoglu (R) speaks with Turkish Prime Minister Tayyip Erdogan during a meeting at the government palace in Tunis September 15, 2011. Tunisia’s new political order will show that Islam and democracy can co-exist just as they have in Turkey, Turkish Prime Minister Tayyip Erdogan said on Thursday. Erdogan, in Tunis on the second stop of a North African tour aimed at asserting Ankara’s growing regional influence, said secularity should guarantee that people of all beliefs, as well as atheists, were treated fairly. REUTERS/Zoubeir Souissi (TUNISIA – Tags: POLITICS)