The decision of the United States to unilaterally impose a programme of boycott, divestment and sanctions on Iran is arguably designed to force European based companies to reconsider investment plans and withdraw from trade with Iran. Part of President Trump’s attempt to redraft the North American Free Trade Agreement perhaps?

But as the United States imposes its range of economic sanctions on Iran, many small European businesses are actively choosing to continue trading with Iran despite the accompanying doom-laden warnings being voiced by President Trump.

Europe’s small businesses believe the European Commission will defend their interests in the knowledge that their trading activities are inconsequential when compared with those of, say, Total or Peugeot Citroen, who hold significant interests in both Iran and the United States. In that context the risks facing large multinational companies are both complex and significant to the extent that they simply cannot be ignored.

Indeed the demands made by President Trump are designed to create real pressures for multinational business such that the influence exerted by the United States anticipates a rout. Lawyer Ardavan Amir-Aslani has summed it up;

“The idea is basically to suffocate the Iranian economy and to strangle its financial system.”

Secretary of State, Mike Pompeo, noted that the United States intends to fully enforce its sanctions against Iran, initially targeting Iran’s purchase of US dollars, trade in gold and precious metals, and trade in coal and industrial software.

This first wave of sanctions is designed to restrict remittance routes so that dollar-denominated international transactions, including those between China and Iran, would be negatively affected. However Chinese companies, and those of many other nations, can simply bypass the United States sanctions by expanding Renminbi transactions (or Lira, Ruble, Rupee etc.), which dominated China-Iran trade previously.

China, we must remember, is Iran’s biggest crude oil customer and imported 39 million tons of crude oil in May 2018 alone. In fact China’s total crude oil import from January to May this year increased by 8.2% relative to 2017, while the gross value of China’s annual trade in 2017 stood at $37.2 billion, a 19% increase over 2016. Elsewhere the Russian Federation recently announced plans to invest $50 Billion in Iran despite new sanctions being imposed on the country by the United States.

Increasingly the United States portrays others unwillingness to adhere to their unilaterally imposed sanctions as ‘appeasement’. This portrayal is obviously intended to be pejorative but many nations and small businesses are all too aware of the significant impact that sanctions will have on the ordinary people of Iran, for whom life is already very difficult.

Nevertheless, despite the resistance, the first wave of economic sanctions will undoubtedly hurt the Iranian economy, and may well lead to further devaluation of the Iranian Rial, but it is unlikely to have a significant impact on companies from China, India, Russia et al operating in Iran. 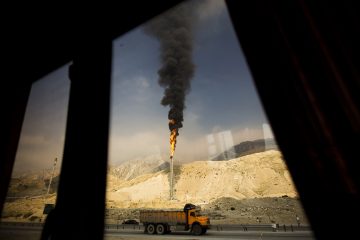 Iran, Oil and the Destabilisation of the Middle East

More recently Federica Mogherini, the European Union foreign policy chief, has said that the European Union will continue to actively encourage its companies to further develop their business interests with Iran. Mogherini was very clear that it’s up to Europeans to decide who they want to trade with, saying;

“We are encouraging small and medium enterprises in particular to increase business with and in Iran as part of something (that) for us is a security priority.”

To date, all of the large European economies have echoed Mogherini’s words to the point that the European Union has issued a ‘blocking statute’ to protect Europe’s businesses from the impact of the sanctions, which is good news for the Iranian people and something they should take advantage of.

This ‘blocking statute’, which is now in effect, prohibits European companies from complying with the sanctions imposed by the United States with national governments now holding new powers to impose “effective, proportionate and dissuasive penalties” on any company that implements the sanctions announced by President Trump.

By way of evidence to emphasise that position, following the imposition of massive tariffs to limit Chinese imports, China has implemented enormous tariffs on products originating in the United States. In just one week, China has unveiled plans to impose tariffs on imports from the United States worth over $70bn, including 25% tariffs on products such as fuels, coal, grease, asphalt, plastics and recyclables in an environment where “zero” dialogue on trade is taking place between the world’s two largest economies. 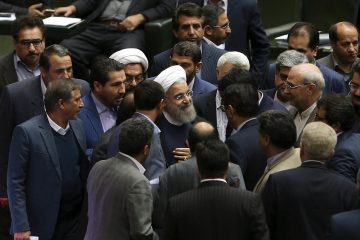 The Iranian Pariah and the Zero-Sum Game

Rahim Hamid
Iran
Over the last four decades, especially in recent years, Iran’s regime has limited the scope of its policies and activities to brutal, regressive belligerence, which has ultimately led it to become an ostrac… Be More Curious…

History teaches us that protectionism never works but that it is likely to impact negatively on the millions of jobs and lives that rely on the trade the tariffs will work to stifle. Observers of United States economic and foreign policy point to the Smoot-Hawley Tariff Act of 1930, which imposed the highest tariffs on imports in the history of the United States. The Act increased American duties on imported goods by 50% and is an excellent example of the disastrous economic effects that protectionism can have.

The purpose of the Smoot-Hawley Tariff Act was initially to protect United States farmers from the importation of agricultural products but its scope quickly spread to other industrial sectors and established a broader policy aim of economic self-defence incorporating all industries and workers.

As a direct consequence of the Smoot-Hawley Tariff Act, United States imports fell from $1.33bn in 1929 to $390m in 1932, and exports decreased from $2.34bn in 1929 to just $784m in 1932. World trade also fell by 66% between 1930 to 1934 and the United States banking system crashed, not least because farmers could not repay their business loans. The Act created a contagion effect that eventually required the imagination of Roosevelt to reverse through the Reciprocal Trade Agreements Act.

Those with knowledge and insight of the ‘Great Depression’ recognise that to some extent protectionism requires picking sides, which is clearly an objective of President Trump.

Here, Mogherini has announced Europe’s side very clearly noting that trade between Iran and the EU,

“Is a fundamental aspect of the Iranian right to have an economic advantage in exchange for what they have done so far, which is being compliant with all their nuclear-related commitments.”

The emphasis on rights and lives in Mogherini’s words is vitally important. Iranian jobs and lives matter and we must remember that Iranian goods, services and products are bought, sold and traded so ordinary people can sustain their lives and those of their children and families.

As the United States prepares to implement a second round of sanctions against Iran in November, and other nations line up to actively undermine them, we should reflect on the view expressed by President Trump that sanctions imposed on Iran would be the “most biting ever”.

Increasingly the key question people are starting to ask however is who will it be that is bitten?